Toyota’s Kluger is one of the best car in large crossover SUV segment. Models of Kruger have provided a lot in the SUV segment by offering balance of car-like dynamics, relative fuel economy and excellent passenger carrying ability. Now with all new Kluger, Toyota is trying to cash on a new bigger body with seven-seats as standard and updated features. 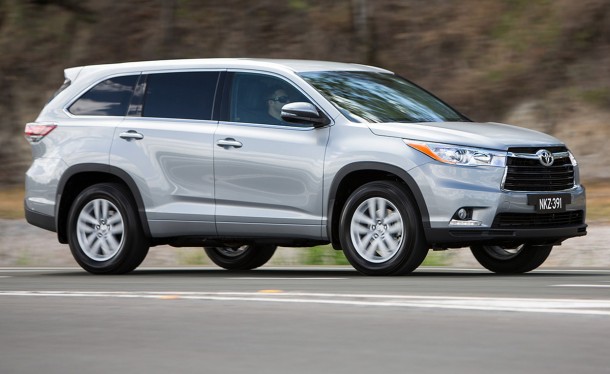 With an increase in seat count, the Kluger’s entry price has also increased up to $40,990, which is $500 more from the current $40,490 five-seat KX-R. The previous versions like KX-R and KX-S have been replaced by the Toyota-traditional GX and GXL, but the Grande moniker still has got the top spec. All models are available in either front or all-wheel drive. 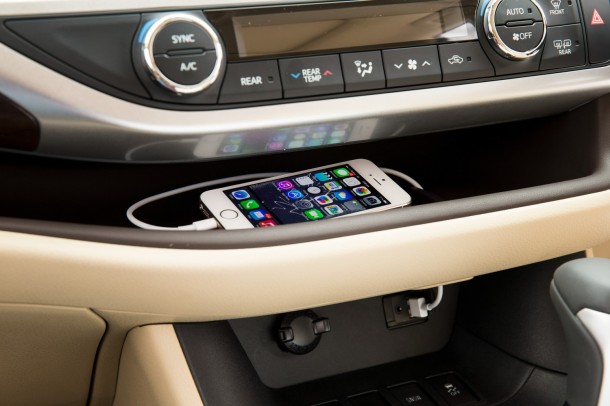 The 2WD GXL models starts at $49,990, and apart from all the features of GX, it has three-zone climate control, proximity seats, leather trim accents and power driver’s seat.

The all new Kluger’s has got aggressive and bigger looks. It has got the same 2790mm wheelbase but has got extra 80mm length, most of which is behind the rear wheels.So it makes a total of 4685mm which benefits the second and third row passengers along with the cargo.

The MacPherson strut arrangement has been replaced by wishbone rear suspension design. Third row passengers can now have 110mm more shoulder room and 83mm more hip room, along with extra gap as the side doors has been widened by 70mm. A reclining function has been included in the one-motion fold mechanism.

With the Grande’s glass hatch component of the tailgate, the loading of the window line is now much easier. Kluger provides variety of textures and colors to create a good effect. It offers an excellent perception of quality and storage spaces accompanied by the large padded under dash tray and cavity console of 24.5 liter.

High-tensile steel is used in the construction of the car that’s why despite its increase in size and features, the new Kluger’s weight has just increased by 135kg.

The only problem with the all new Kluger is that, there is no hybrid or diesel version available. The new model comes with the 201kW/337Nm (at 4700rpm) and 3.5-litre petrol V6 of the previous generation. Although, the automatic transmission is now a six-speed unit which is better than the previous five-speeder.

The Kluger is powered by the new torque vectoring part-time system, all-wheel drive and a flexible lockup for the new transmission which offers improved fuel consumption of between 10.2-10.4L/100km for 2WD models, and 10.6L/100km for AWD versions. An open-road range of approx. 680km can be expected from the 72L tank as Kluger gives best result on regular 91 RON fuel.

The new Toyota Kluger has got many amazing features. It is available in many models thus fulfilling the needs of everyone. The main USP of the car is that it has got ample of space and it is a perfect choice for a big family which is looking for a car in the large crossover SUV segment.