There are various kinds of cars available in the market. Diesel car, petrol car or hybrid car, you can go for any one of it. However, the one thing which is common in all these cars is that they create pollution. So, to curb this problem, electric cars came into existence. These electric cars are the most eco-friendly cars and uses electricity as a fuel. Basically, an electric car is powered by one or more electric motors. These motors use electrical energy stored in the batteries and give instant torque, creating smooth and strong acceleration. The batteries used in these cars are rechargeable and needs to be recharged at frequent time of interval. In this post, we will be sharing the top ten electric cars and their reviews along with the price. So, if you are planning to buy a car and wants to save the environment, have a look at this list.

It is considered as the world’s first premium electric sedan, which offers an amazing range. It goes from 0-60 in just 5.6 seconds and its top speed is 125mph. It has got one of the best in class tech features. Tesla Model S offers a 17 inch touchscreen driver interface, wi-fi, and 3G support, smartphone app for remote assistance, Anti-lock disc brake, traction control, sweeping panoramic roof and amazing interiors. It is available in three variants which are 60kWh, 85kWh and P85kWh battery. It offers the longest range in the market of the electric car. If charging time is considered the lithium ion battery swap in 1.5 minutes and 50% in about 20 minutes due to Tesla Superchargers. In terms of safety, it offers six airbags, rigid occupant cell and optimized front crumple zone. It was awarded the 2013 Motor trend car of the year. This is a family car with flat folding rear seats and extra cargo compartment. 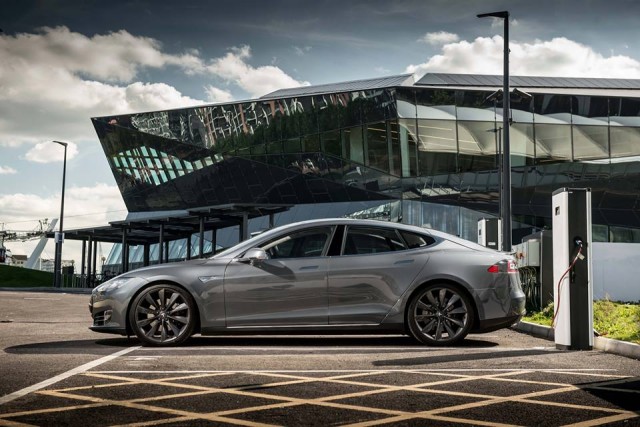 There is a reason that Nissan Leaf is the top selling electric car in the world. It is available in 35 countries and is the world’s first mass-produced all electric car. It offers exactly what an electric car should offer. It is cheap, looks good and offers a decent range. It is one of those zero emission vehicles and due to its updated Carwings system, you can remotely change the charging and heating of the car. Features include 4-wheel ventilated disc brakes with ABS, traction control and electronic brake force distribution. There is a B-mode in this car which maximizes engine recovery. If you are a music lover, then you will love Nissan Leaf as the sound system is powered by Bose. There is a dynamic acceleration for better performance. Its top speed is 90 mph. considering the battery, it can work up to 20 hours when charged from 110/120v outlet and for 8 hours when charged from 220/240 volt outlet and for 30 minutes when charged from 440v “quick charge”. It offers dual-stage supplemental front airbags with seat belt and occupant-classification sensors; driver and front passenger seat-mounted side impact airbags; roof-mounted front and rear curtain side airbags for safety, along with vehicle dynamic control. There is an advanced IT system in the car which is connected to a global data center offering information like nearby charging stations. 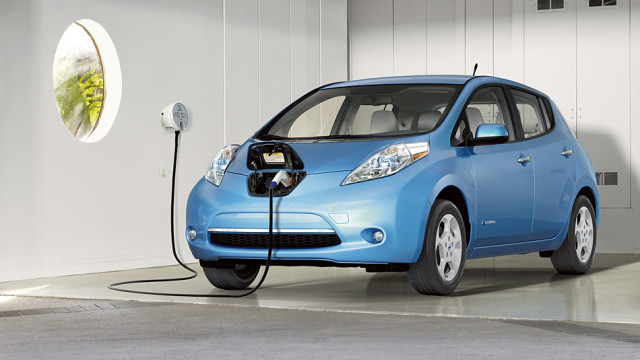 It is tagged as the world’s first premium electric car and it is the BMW’s most sustainable production model. After 6 years of research, BMV has come up with this game changer which can go from 0-62mph in just 7.2 sec. It looks stylish from the outside and has got some wonderful interiors. There is a dual screen and a Connected Drive system which offers two displays. There is an iRemote and an Android app for checking the battery level and for climate control. The BMW i3 is made up of aluminum, carbon fiber and interior fabrics. Its top speed is 93 mph and its charging time is 4hours with the 240-volt charging unit or less than 30 minutes at public DC charging stations. A range extender option is also available which can increase the range up to 300 km but it uses gas as a fuel. 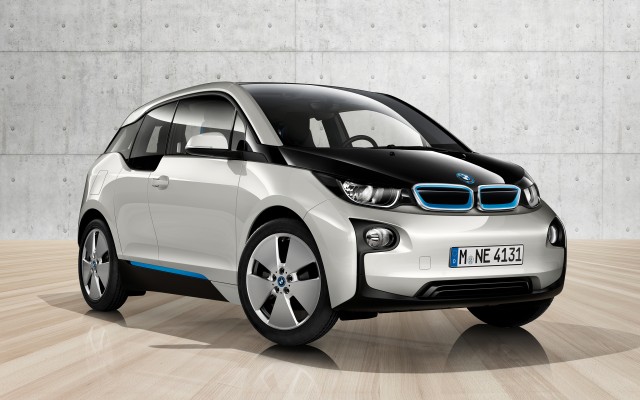 It is considered as the most fuel efficient compact car which can save up to $9000 in 5 years. It will be available in the Australian market soon.With a 23kWh motor, its top speed is 84mph and it can go from 0-60mph in 10.2 sec. There is an on-board computer system which makes tracking vehicle’s efficiency easier. To save energy, Ford Focus uses regenerative brakes as it saves more than 90 per cent of the energy which is usually lost through braking due to friction. Not only in the engine, it is eco-friendly from inside too. The upholstery is made up of recycled material while the padding is made up of bio based material. It’s charging time is 18 to 20 hours when charged from 120v outlet and 3 to 4 hours when charged from 240V outlet. In terms of safety, it is the safest car in its class with eight airbags, child safety rear locks, four-wheel antilock brakes and standard anti-theft and tire pressure monitoring systems. It has got a standard audio system which is provided by Sony. It comes with 9 speakers and plenty power for clean clear sound. There is support for Bluetooth, USB and AUX. 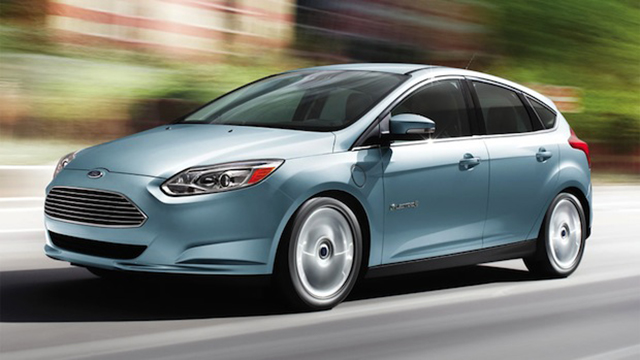 It was the first complete electric car in the world when it was launched in 2009. It has got an AC synchronous permanent magnetic motor which offers a top speed of 81mph. It has got same odd looks which may look good for someone and may look weird for someone. It offers various drive modes and it was the first electric car to sell more than 10,000 units. It can go from 0 to 60mph in 9 sec. It’s charging time is 7 to 14 hours when charged from household and 30 minutes when charged from a quick charger system. It offers a 360-watt, 8-speaker sound system which gives average sound. It uses LED head lights and tail lights to save energy. In Australian Market, only 2012 model is available which is expensively priced. Dual-stage front airbags, front side-impact airbags and front and rear curtain side airbags are there for the safety purpose.

This is a kind of test car and Honda will only manufacture 1,100 units. However, it can be the game changer as it is the only electric car which is available on lease of $259/month for three years. It has got a 20 kWh motor which offers quick acceleration and quick charging. It can be charged from 0 to 100 percent in just three hours. It features an advanced super charged ion battery modules which offers a top speed of 92 mph. It can go from 0-60mph in 9.5 sec. Right now, it is not available in Australian Market, but according to company tactics, it will soon launch in Australia. 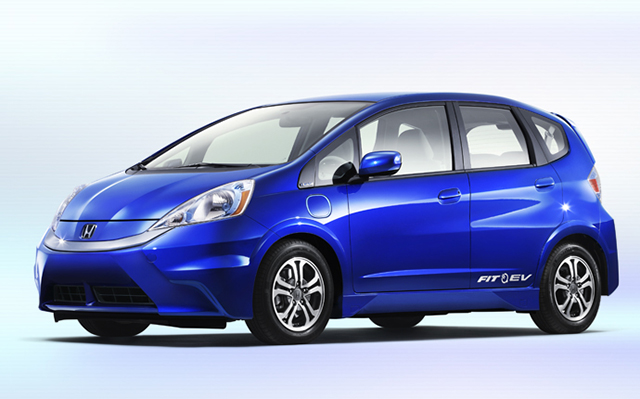 It is one of those electric car which can give tough competition to the gas fuel cars. With a powerful engine of 105kWh and a 400 lb-ft torque, it offers a top speed of 87.5mph. However, this car is available in Oregon and California only but it will hit the Australia market soon. It was awarded as the best fuel economy award in the year 2014. Apart from such an excellent engine, it has got some amazing looks too. It can go from 0-60mph in 7.5 sec. It offers a unique charging system known as SAE Combo DC fast charger which can charge 80% motor in just 20 minutes. It is a forward wheel drive and is very much affordable. 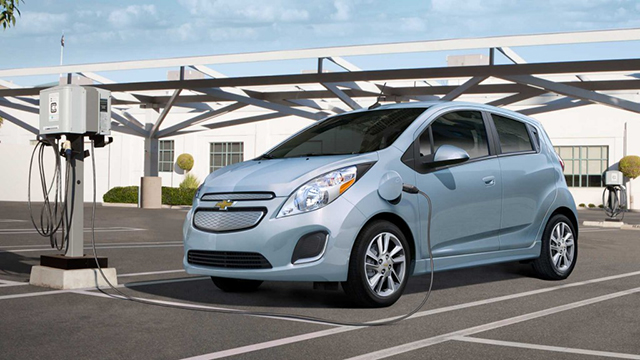 The tall and boxy hatchback Kia Soul is now available in the electric version too. It is known for its practicality and styling. It is powered by a 27kWh motor which gives the top speed of 91mph. It can go from 0-60mph in 12 sec. Apart from this, Kia Soul offers 8 inch touchscreen navigation system, Kia’s UVO infotainment user interface, traction control, park assist and a rear camera. It offers multiple charging points with two charging ports as standard. It is a front wheel drive with 5-door hatchback. If safety is considered it offers dual airbags, seat-mounted side airbags and side curtain airbags. It also offers fast charge in which 80% of the battery gets charged in just 30 minutes. 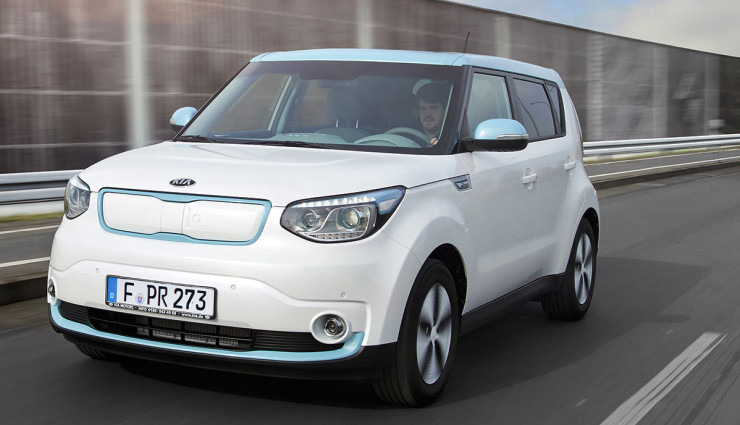 This is Australia’s own first electric car which comes in two models. It has got an engine of 55 kWh and offers a top speed of 65mph. It can go from 0-60 in just 7 sec. It uses special lithium-iron-phosphate batteries to cope with use in hotter climate. There is nothing special in the looks and even interiors are not that great. It does offers air conditioning. On the name of safety it offers dual front airbags, ABS and side airbags. It can be fully charged in 9 hrs with onboard charger and in 1.5 hrs with external charger 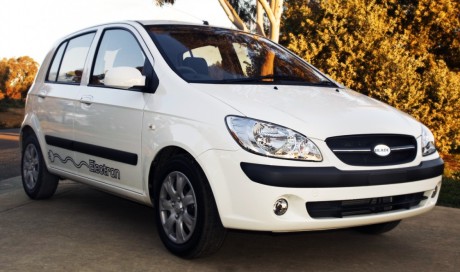 Yet another Australian made car but it is not fully electric. It can travel up to 87km without using the petrol but after that it switches to the petrol generator to maintain the charge in the battery. So a fully charged battery and a full generator can give a range up to 600km. It got some beautiful looks and wonderful interiors. It offers features like heated front seats, satellite navigation, lane departure warning, electronic stability control, ABS, cruise control,  brake assistance, traction control and rear fog lamps. If safety is concerned it offers six airbags (front, front side and full-length curtain), plus pre tensioning front seatbelts. 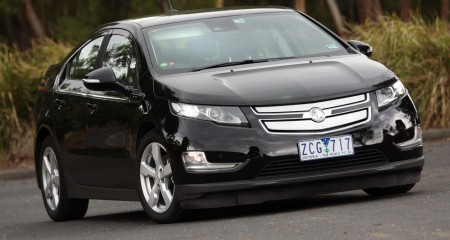 There used to be a time when electric cars were considered as the not so good cars and were almost neglected. They all were same in design and offered almost same features. Also, there was no competition when in the market of electric cars. However, now the time has changed. Now, these cars are available in 5 seaters model and even some SUVs are there which run on electric motors. Apart from this, now we have a long list of cars to choose from with each car offering some unique feature. With the sky high rates of fuel and the impact it creates on environment, the need of the electric car has become necessary. Now the electric cars have got looks, interiors, features and all that at almost half of the price of petrol car. It also saves a lot of money which could have been spent on fuel or maintenance of petrol/diesel car. So, if you love your nature and do not want to compromise, electric cars are your best choice.